As we are coming to the end of the half term, Year 2 have been busy completing many pirate themed activities to finish ‘Land Ahoy’. We have also had the opportunity to celebrate Mental Wellbeing Week with lots of fun things such as yoga and dance!

To celebrate Mental Wellbeing Week, Year 2 took part in workshops, a yoga and dancing session and had a go at meadow preparation. We reflected on why it is so important to be mindful of our mental health and how activities like this help us feel as positive as possible.

To complete our Geography work, Year 2 further explored our world’s oceans by looking at different processes and changes over time, including ones caused by human impact. Examples of this are habitat destruction, carbon emissions and chemical pollutions. Year 2 then went on to explore positive things that people are doing around the world to protect our oceans. We discussed microbead banning to stop tiny pieces of plastic entering the oceans food chain and marine protected areas that cannot be harmed by fishing.

For D&T, we used our design plans to create our very own pirate ships! We used materials such as cardboard, plastic bottles, caps and lollipops to make them. Later on in the week, we finished designing and decorating our ships, so that we could test them and see if they would float for the pirate party.

To end the week, Year 2 had a pirate party to celebrate all of the hard work we have done leading up to half term. We played ‘Can your boat float?’, ‘Musical Pirates’ and even had a taste of our own young pirates' grog. We had so much fun! 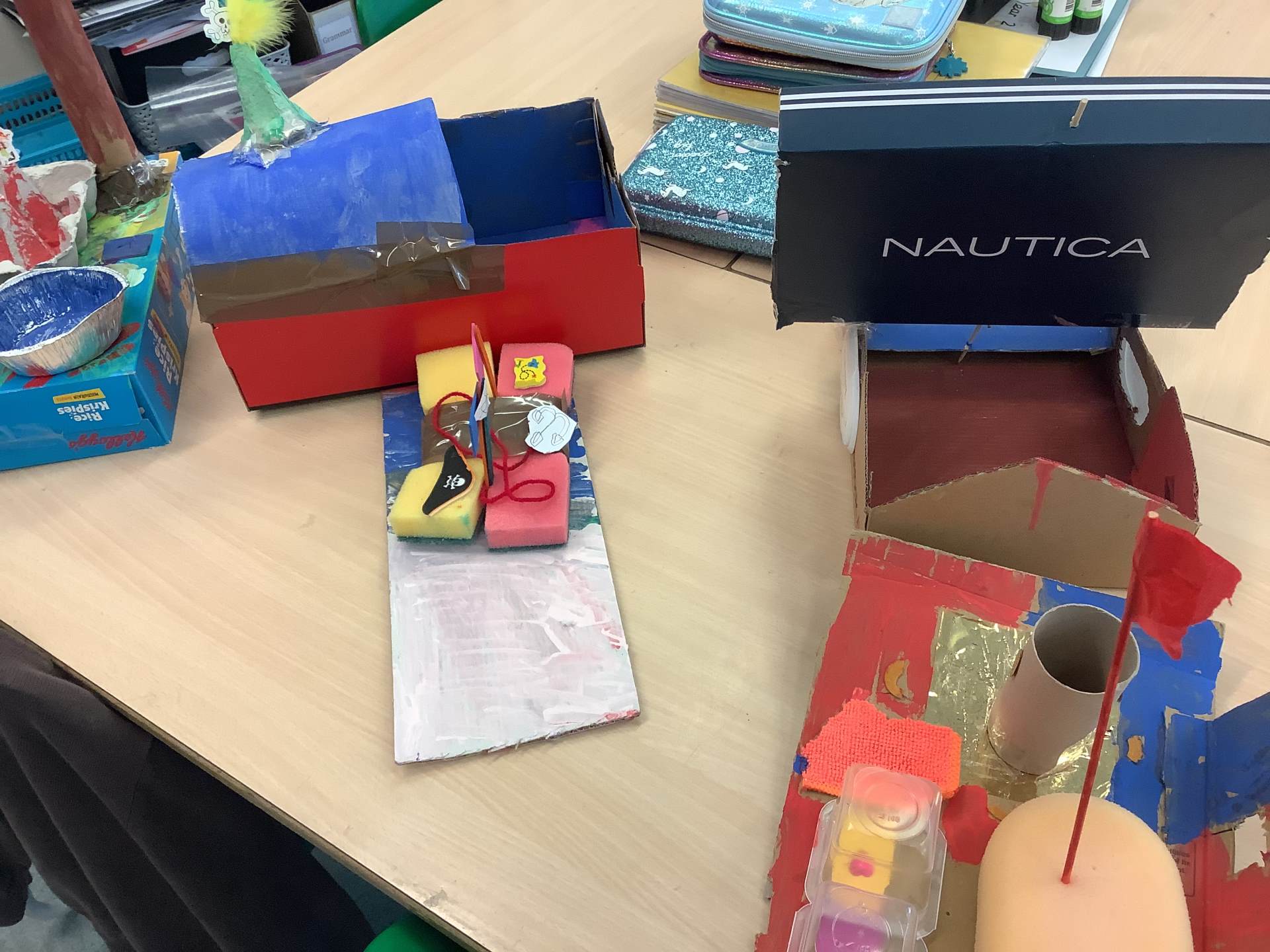